Over the years I got quite a lot of F-Zero related items. I'm curious to see everyone's collections. Especially if you have rare stuff. I'll start by posting my own collection

All the games. The Satelaview memory card has F-Zero 2 on it.

All 78 F-Zero Falcon Densetsu e+cards and e+reader. The top half is the cardass set of 38 cards. The bottom half is the pillow pack set of 40 cards. 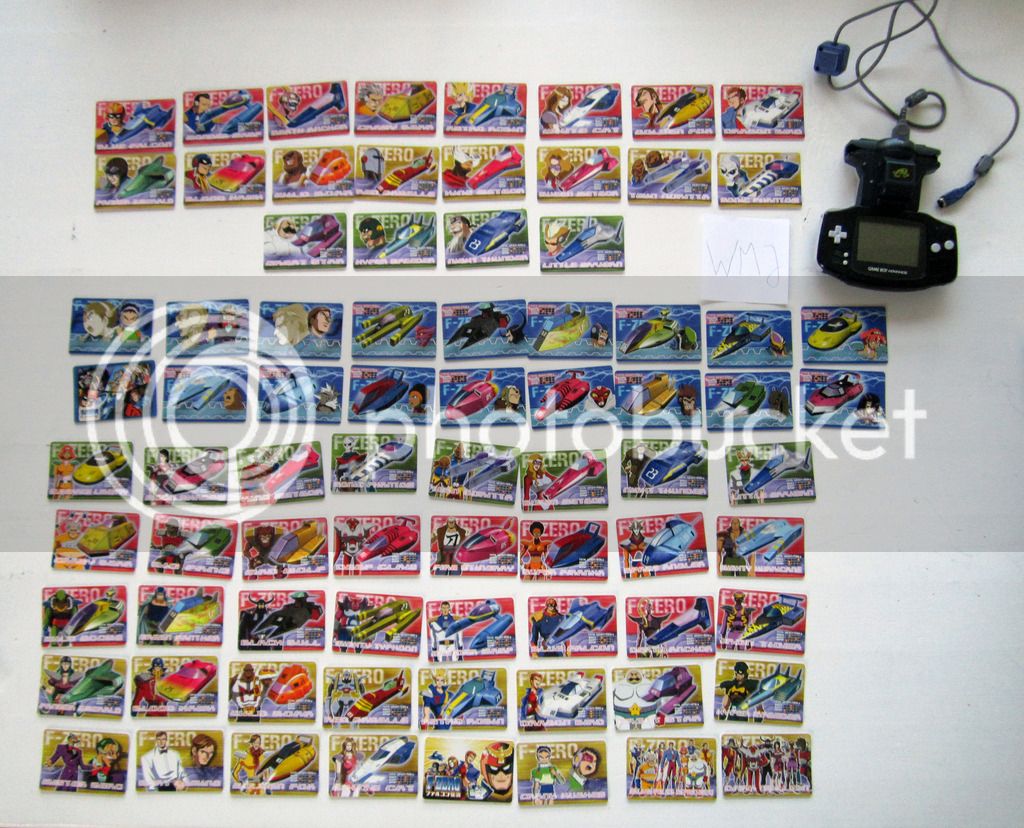 Some stuff that were prizes in the 2016 F-Zero meetup and tournaments. Picture included for MV Hot Violet Figurine.

The only thing I have is a crappy Custom Blood Hawk I did, really wanna make a better F-Zero custom eventually

@Faizer: It does look quite similar to Blood Hawk. Quick pointer: painting only the tip bright yellow and deep red from there would improve the look. Now it fades more gradually. Also, you could maybe take off the wheels?

Here's some cool art to inspire. He did some Mario Kart stuff amongst other things, including one on a car windshield and revolving door (you'll have to look for that one). Aside from being pretty neat, it's a way to bring those games back into popular culture and keep the memory alive of days we lived long past. Kids nowadays grow up playing Fifa and Fortnite and the likes. Most will probably never know F-Zero and the franchise has been dead to Nintendo for years. It's sad. I like the idea of a twist on the windshield Mario Kart but instead an F-Zero vehicle going down a curvy swimming pool slide

I bought a Jap N64 and X (I'm PAL region) a while back and also (finally) the Expansion Kit. Don't have a 64DD. Used to want that way back and even if it was significantly cheaper on ebay in those days, I never took the plunge. Was really tempted by your sale on here a while back. Big props on offering a nice package for a modest price to F-Zero fans, rather than going for the highest bidder.

I kind of decided to give emulation a shot. I'm up for some new tracks and might even try my hand at making a few myself. There's also the sharper graphics, 16:9 and improved draw distance patch (not sure if that last one is out yet). Just need to get a machine with windows running and am looking at the bliss box as controller adaptor. Would also like to have one of those guides to have a visual representation of all the tracks.

2D Fzeros I've never been into much. Owned GP Legend for a while. I played that one after the 3DF-Zeros. Felt like a big step backwards, even if they are good racing games in their own right within those technical limitations. I take it Climax is the best one.